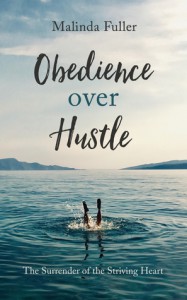 Back in first grade, we had to design a T-shirt about what we wanted to be when we grew up. I wanted to be a writer. That dream got sidetracked for a few years during and after high school, and although I thought I was working toward my career goals, God had other plans. Less than a year after graduating from college I started having health issues, and before long I became chronically ill with a laundry list of conditions that grows with each passing year. I kept stubbornly waiting for healing, and it wasn’t really until this year that I accepted that I am likely not going to get better, although of course nothing is impossible with God! In the meantime, I had started writing book reviews, as I have always been an avid reader, and several doors opened. I don’t get paid, but I do get free books, which is a bibliophile’s dream! As I commit to reviewing more and more books, of which the vast majority are specifically Christian, I realize that out of pain and loss God has brought me back to the dream that He planted in my heart as a young child, allowing me to glorify Him through reading and writing. I do not have a big following on social media, but I do have the contentment of knowing that I am doing what the Lord created me to do, and that I am hopefully planting seeds that He will water and grow.

This encapsulates much of the message of Malinda Fuller’s “Obedience Over Hustle” and is partly why this book resonated with me so strongly. The book is divided into two segments: “Confronting the Hustle” and “Choosing Obedience.” As Fuller points out, our culture builds itself around doing more, being more, beating out the competition and being at the top. While I’ve never been very competitive, I am a perfectionist, so I am always striving. Being chronically ill has added another layer to this, as there are many things that I can no longer do, so I push myself harder in those things that I can do. Reading this book, I realized that this is hustling, and that while society promotes it, God doesn’t. “Hustling is chasing after a goal at any cost. It’s the pushing that comes from a heart focused on what others have and what others are doing, rather than choosing contentment and listening for the voice of God.” That’s the crux of the issue: hustling is about what “I” can do, rather than about working with God and relying on Him.

On the other side of the coin is obedience. In order to be obedient, we have to acknowledge that God is in control, and often it isn’t easy to hand over the reins to our lives. We want things to happen in our way and according to our schedule, but submitting to God “means that we surrender not only to His plan but also to His timeline”. We have to acknowledge that His ways are always best and that He is sovereign. If we are walking with Him, we can expect Him to ask us to do things that are outside of our comfort zone and that seem to fly in the face of reason. Think of Joseph, Noah, and Moses, and so many others from the Bible. Obedience is “living with the knowledge that His opinion is the only one that matters and that seeking Him first is a command worth following.” What He calls us to do won’t be in accordance with popular opinion and what the world tells us, but what blessings flow forth when we obey!

“Obedience Over Hustle” has an interactive framework. Most chapters open with an account of a Biblical character demonstrating either hustling or obedience, with contemporary examples of obedient women throughout the chapters. At the end of both segments, divided into and corresponding to the chapters, are questions to discuss, journal about, or ponder, as well as Scripture verses to look up. This is therefore ideal for both group and individual study, and while it is geared toward women, I think that it would be appropriate for men as well. We all need to learn how to slow down and obey God more fully!