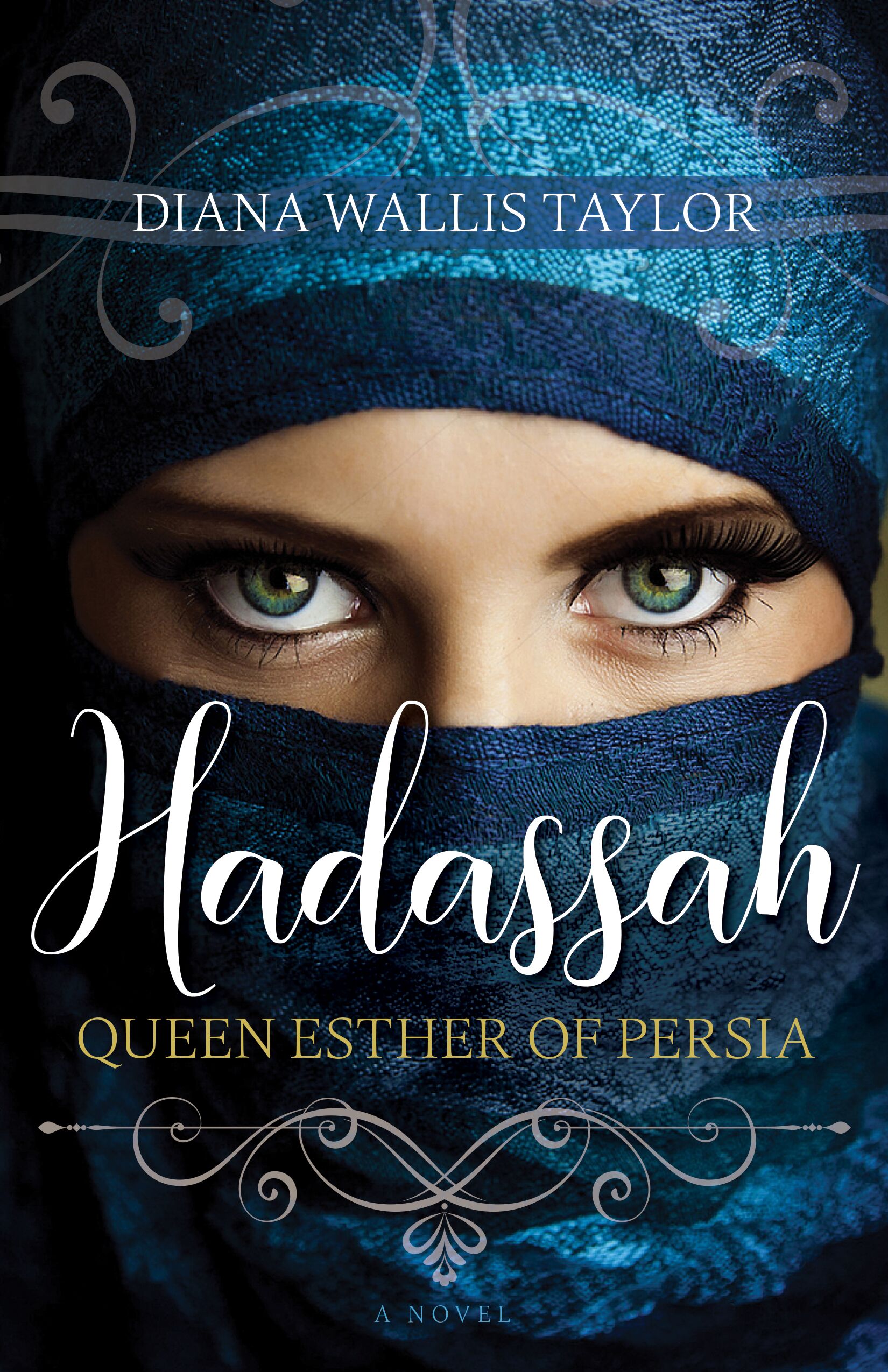 One of the great heroines of the Old Testament, Hadassah was a beautiful, graceful young woman who put her faith in God and her guardian, her cousin Mordecai.
She dreams of marrying Shamir, a tall, handsome, studious young man who is the rabbi’s son. Her heart beats faster when she hears the sound of his deep voice as he reads the Torah. And she hopes that he will visit Mordecai soon to present a betrothal request.
Then, an upheaval in King Xerxes’s palace changes everything. Queen Vashti has been banished and an edict goes out for all qualified young virgins throughout the empire to be taken to the palace as he searches for a new queen.
Fear strikes in the hearts of many, including Mordecai, as he realizes Hadassah will be taken. To hide her identity as a Jew, he tells her to go by the name of Esther. Since he works as a record-keeper at the king’s gates, he can keep tabs on how she is doing.
Hadassah: Queen Esther of Persia imagines what life was like for the woman who saved her people—and perhaps found love in the process. 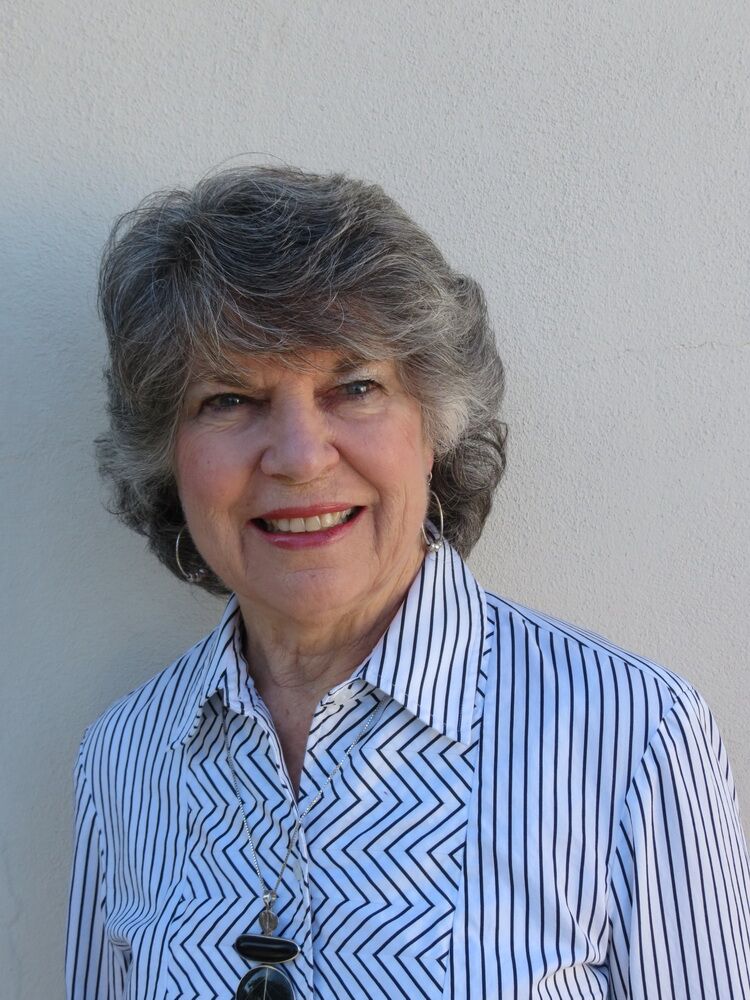 Diana Wallis Taylor was first published at the age of twelve, when she sold a poem to a church newsletter. After receiving her B.A. in Elementary Education at San Diego State University, she was an elementary school teacher for twenty-two years. Diana has also sold real estate, opened two coffeehouse/used book stores, and was a conference director for a private Christian college.
She has an extensive portfolio of published works, including a collection of poetry; an Easter cantata, written with a musical collaborator; contributions to various magazines and compilations; and several books, including Lydia, Woman of Philippi; Mary, Chosen of God; Ruth, Mother of Kings; and Halloween: Harmless Fun or Risky Business? Learn more at www.dianawallistaylor.com.

Besides the usual vendors, there were strange, sweaty men with beady eyes who were looking to get rich from the additional population.
In the wee hours of the morning, while Mordecai sat with his head in his hands, silently praying, Jerusha stopped breathing, slipping away so quietly that Hadassah thought she was still sleeping.
One day, to the people’s relief, the news was spread that the unwelcome banquet guests had been ordered back to their provinces—to prepare for war.
Instead of bowing, Hadassah smiled unabashedly and gazed directly at the king, who at that moment had turned his head.
“Do not give your name as Hadassah, but tell them it is Esther, which is a Persian name. I would have you hide your Jewish heritage for now.”
She felt their eyes silently appraising her; some with open interest, some with sympathy, and others with calculating shrewdness.
Esther asked each maid gentle, innocuous questions about her homeland, favorite foods, culture, and the like, listening attentively to their answers and making sure to speak to them by name both to let them know they were important to her and also to help her remember who was who.
“If you maidens help me to be my very best when I am called to the king’s chambers, if he honors me by selecting me as his queen, I will not forget you, who helped to put the crown on my head.”
Esther had seen some of the women pass her quarters so laden with jewelry they could hardly walk. She wanted to laugh out loud, but suppressed even a smile.
Recognition came. “Ah, the maiden in the crowd. I thought about you many times.” He moved closer. “I remember your hair, like a cloud around your face.”

“She must trust Adonai for strength to face her future.”

Although God is not directly mentioned by name in the Biblical book of Esther, His presence and the manifestation of His power are clearly demonstrated. With any work of Biblical fiction, some liberties are taken in order to offer more details and flesh out characters and their backstories. When done well, Biblical fiction points readers to the original story, encouraging careful study of the people and cultures therein. Diana Wallis Taylor’s “Hadassah, Queen Esther of Persia” does just that. Drawing upon the details in Scripture and various historical accounts, Taylor pieces together a stirring account of the unassuming Jewish girl, Hadassah, who would become queen.

Hadassah’s story begins at age eight with the death of her mother, leaving her an orphan. Her older cousin Mordecai and his wife, Jerusha, adopt her and treat her as the daughter they never had. Years later, Hadassah finds herself in King Xerxes’ palace under an edict commanding that all virgins in Persia be taken there to be considered as a potential queen or otherwise consigned to a lifetime in the harem. Hadassah follows Mordecai’s advice to take the name Esther and conceal her Jewish heritage, and Adonai’s plans for her play out as she becomes Queen of Persia.

Seeing Esther’s story come to life in the pages of this novel gives the reader an idea of Persian life from the perspective of both the subordinate Jewish population and the royal family. The uncertain existence and safety of the Jewish people emphasizes Esther’s position both before and especially after becoming queen. In this story, Esther and King Xerxes’ marriage is one of love, adding in some gentle romance and lightheartedness. Intrigue is incredibly rife within the palace, demonstrating the continuing precariousness of Esther’s life despite her position of power. Throughout her life, Esther relies on Adonai’s guidance and provision for her and maintains a wise and compassionate demeanor despite being married to a pagan king and thrust into a world she knows little about.

All of the characters have depth, both the benevolent and the wicked. Esther and later Mordecai seem to have a stabilizing influence on the often capricious King Xerxex. Atossa, the queen mother, is one of my favorite characters. Haman is the character whom everyone loves to hate, but he is not the only villain lurking in the wings. Also, I enjoyed some of the little details that the author included to make the narrative more well-rounded, such as the scene with Esther and the children. My criticisms are trivial; there were editorial errors throughout the book, although I did receive a copy prior to the release date and though it was not marked as an advanced reader’s copy, it may have been, so I am not deducting stars for that. Also, there seemed to me to be a discontinuity in the passage of time. There were time lapses throughout and it seemed as though more time had passed than actually had, particularly once Esther entered the palace. However, this could just be my reading of the story.

Through the Lens of Scripture, July 5

For The Love of Books, July 5

For Him and My Family, July 6

Through the Fire Blogs, July 10

Lights in a Dark World, July 11

For the Love of Literature, July 16

Little Homeschool on the Prairie, July 17 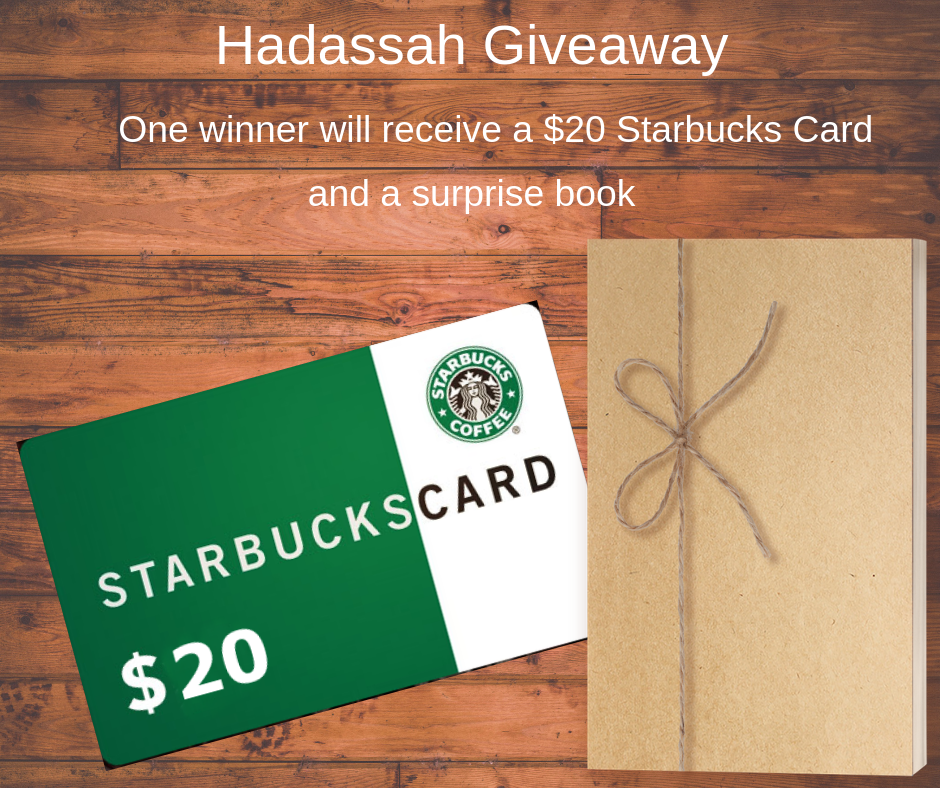 To celebrate her tour, Diana is giving away a grand prize of a $20 Starbucks card and a surprise book!!
Be sure to comment on the blog stops for nine extra entries into the giveaway! Click the link below to enter.
https://promosimple.com/ps/e5a0/hadassah-celebration-tour-giveaway
Historical fiction Historical Romance inspirational women Christian Fiction biblical fiction