The Glittering Web Review and GIVEAWAY! 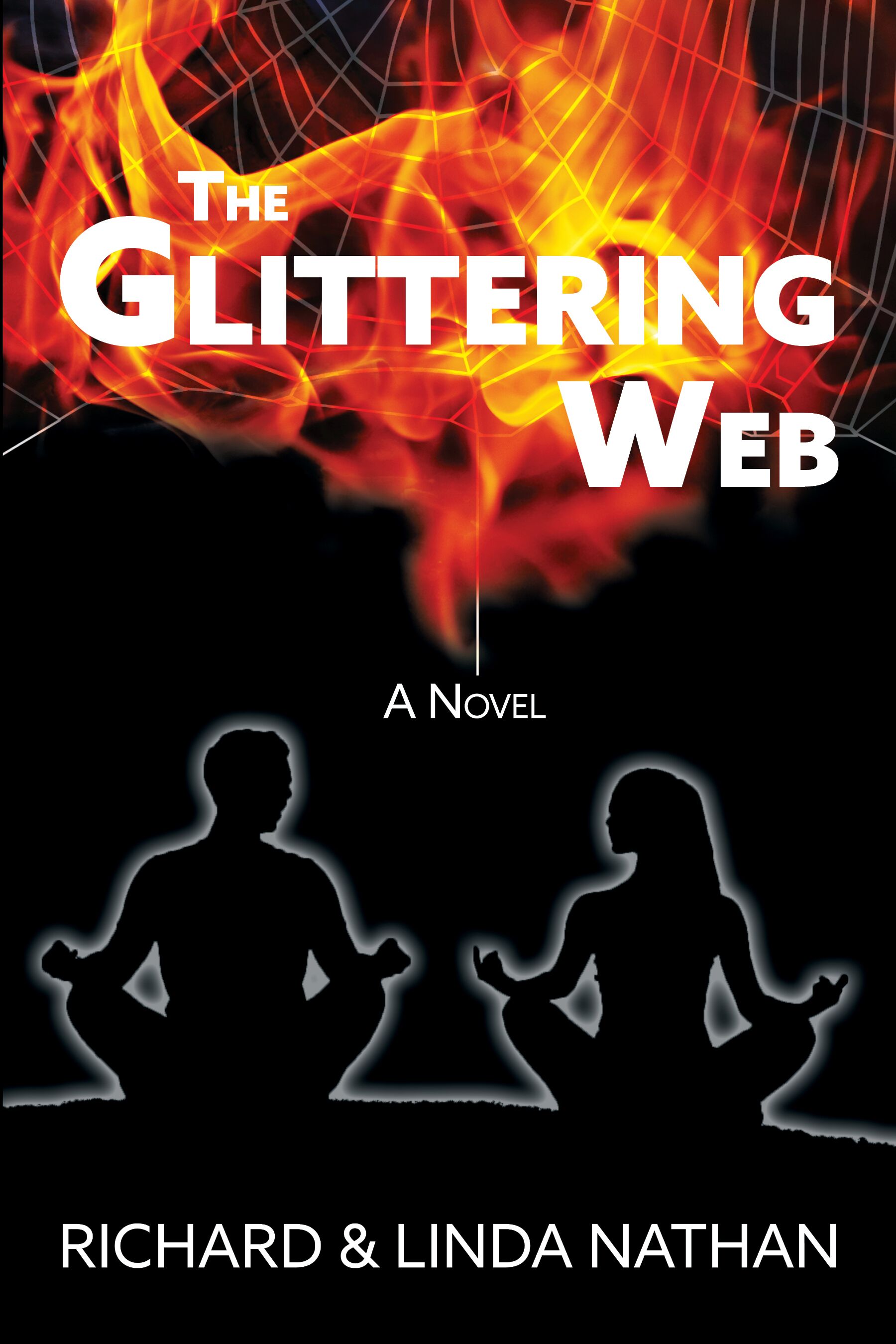 
What if everything you thought was true and good – wasn’t?
Stripping away years of deception doesn’t come easily—especially to Loren and Eve Montcrest. They believe they’re following the true path as initiates in Seattle’s Arcane Institute, their society’s elite training academy for the New World Order in 2050.
Pursuing spiritual power despite enormous dangers, they are caught up in a fiery, fast-paced succession of intrigues and adventure that rocks their love for each other and even their sanity.
Only a shocking, last-minute intervention can strip away the veil of deception and rescue them from destruction—but will they give up everything for it?
Click HERE to get your copy. 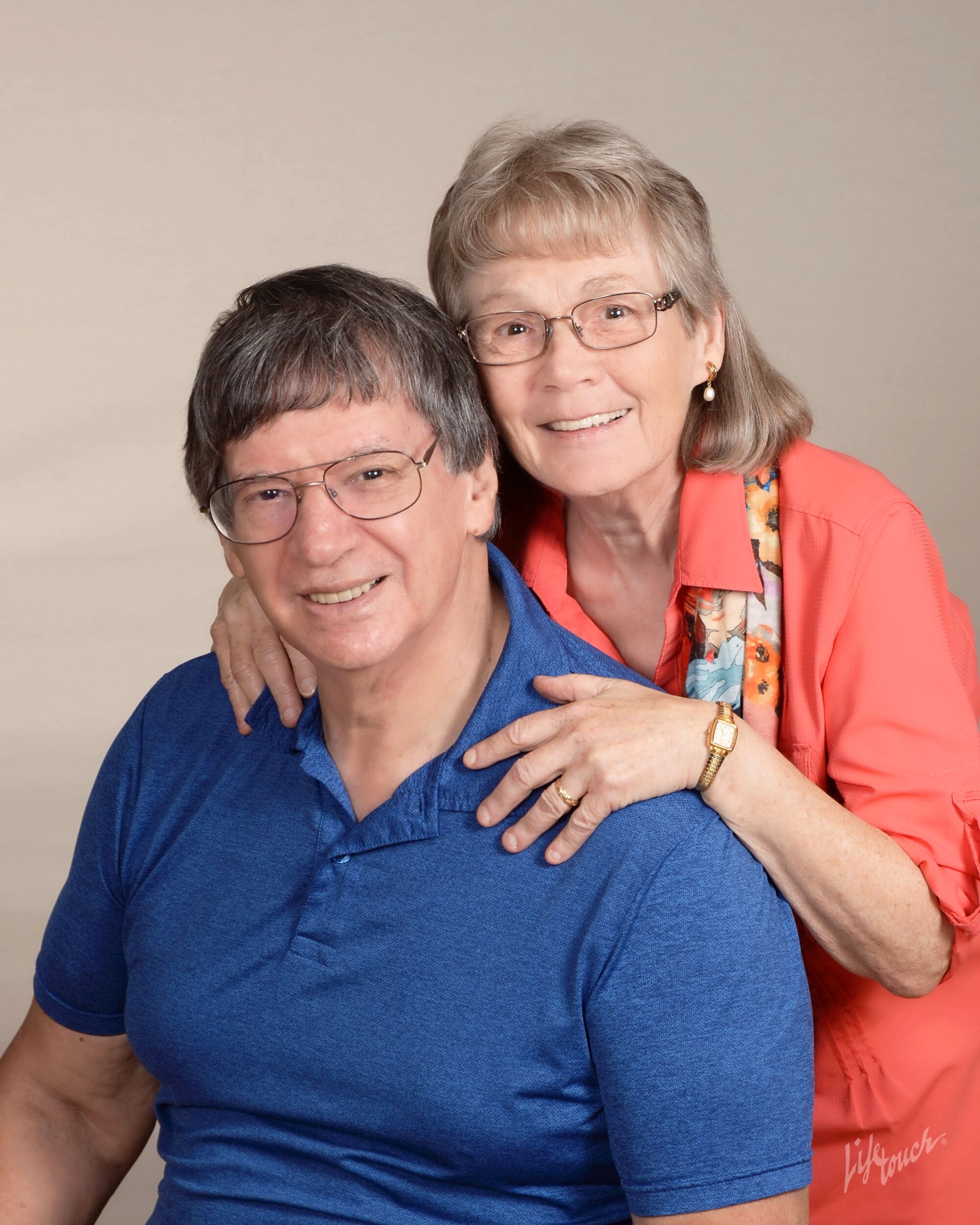 Whether writing apologetics or page-turners, Richard and Linda write together. The Glittering Web is their first novel, a thriller rooted in their own lives and the occult. Richard has a master’s in Christian history and a B.S. in biology and has worked in psychiatric units for over 25 years. Linda has a B.A. in psychology. She has managed Logos Word Designs, LLC, since 1992, providing professional writing, editing, and publishing consultation services. She is also a staff freelance editor with Redemption Press. Together and singly, they have taught and spoken at conferences, seminars, churches, and on the radio. #glitteringweb ~ www.theglitteringweb.com

More from Richard and Linda

What if everything you thought was true and good—wasn’t?
That’s what we painfully learned from our years in the New Age / psychedelic movement in the San Francisco Bay Area during the ’60s and ’70s–years in which we almost lost our sanity, our souls, and our lives.
Like our characters Loren and Eve who are initiates in Seattle’s Arcane Institute in the year 2050, we pursued spiritual power into a glittering web of dangers and deceptions.
Although true to our own inner trials and temptations, The Glittering Web is a fast-paced thriller and sci-fi fantasy with a life of its own, an evangelistic thrust, and a call to Christians to wake up to this huge mission field all around us where today a New Age practitioner is running for President. As it exposes the deceitfulness of this popular movement, it also glorifies the great love and power of Jesus Christ to reach the lost.
See our author video at www.theglitteringweb.com and join the Insider’s Club for our free quarterly newsletter, articles, contests, drawings, Q&As, and much more. There’s also a glossary of over 60 New Age terms to help you.

To quote Sir Walter Scott, “Oh, what a tangled web we weave!” Futuristic, science fiction books are not usually my choice of reading fodder, but the description for Richard and Linda Nathan’s “The Glittering Web” and the desire to expand my literary horizons led me to picking this one up. And wow! There is so much to be explored within this narrative that it will almost definitely require a re-read and further study. As such, I think that it would make a very interesting group Bible study topic, perhaps reading this book and then taking the New Age philosophies and contrasting them with the true Word of God. “The Glittering Web” is based on a true story of what the authors encountered in the 1970s, and although it is set in 2050, the events in it are already happening today, making it a prescient and cautionary tale.

As we draw closer to the end of the age, it becomes all the more apparent that we are headed toward a world akin to that inhabited by Loren and Eve Montcrest. Chosen as initiates to the Arcane Institute in Seattle under the New World Order, they are on the fast track to everything they’ve ever dreamed of, until that dream becomes a nightmare. What the Montcrests, and society, covet is power and authority, which culminates in not only wanting to be their own god but to be God Himself. If we’re being honest, this is true of all of us to some degree; we relish being in control, but while surrendering isn’t easy and can seem counterintuitive, it is only when we surrender ourselves to God that we become truly free because He is omniscient and completely good and will always work for our good and for His glory (Romans 8:28). When we accept Jesus as our Lord and Savior, He sends the Holy Spirit to live within us, and thus we have access to the most powerful force in the universe!

The New World Order is eerily familiar to the way our society is progressing. A universal mandated religion that is purportedly all-inclusive has taken Christian principles and perverted them by weaving them into Eastern and mystical methods. With end goals of harmony and unity and achieving global godhood, dissenters such as Bible-believing Christians must be tamped out. “The Glittering Web” is a clarion call to everyone that what is going on in this story is also going on right now in real life, and it is truly evil, not harmless or virtuous. Psychedelic drugs, including marijuana, and their effects demonstrate one of the tools characterizing the deception, and opening oneself up to the darkness throws open the door to demonic possession. Virtual reality and technology suffuse the population to such an extent that “most people couldn’t tell anymore where fantasy began and reality ended. Nor did it much matter.” Some of the characters experience moments of conviction, demonstrating that the Lord has not abandoned His creation, and even though they stifle that conviction with flawed rationalization, not wanting to acknowledge what they know deep inside, the Lord still intervenes and invites them (and us!) to a relationship with Him, out of the darkness and into the light.

For the discerning reader who wants to be challenged to remove the veil of harmony and unity that our society is fabricating, “The Glittering Web” is an excellent choice. It is absolutely NOT a lighthearted read, but it is illuminating. I personally would have liked to see a bit more Christian influence earlier on, as the majority of the narrative was disturbing and it wasn’t until about 75% or so through the book, with a few brief exceptions, that the Christian element shone through. I am wondering if this could be a post-Rapture society. Regardless, this is a book that unambiguously depicts spiritual warfare and the dangers of complacency.

For the Love of Literature, October 16

To celebrate their tour, Richard and Linda are giving away, to TWO winners, the grand prize of a paperback copy with a membership to the Insider’s Club (see www.theglitteringweb.com).
Be sure to comment on the blog stops for nine extra entries into the giveaway! Click the link below to enter.
https://promosimple.com/ps/ed7a/the-glittering-web-celebration-tour-giveaway
speculative fiction science fiction Christian Living Christian inspirational futuristic Christian Fiction spiritual warfare